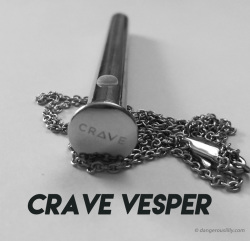 Pardon The Interruption – An Important Message About Crave

The Vesper is, at this point, probably the only Crave vibrator I’ll continue to recommend and that is because it’s become a little iconic and worn as a necklace by celebs, so I can understand why folks think it’s cool. It is cool. It’s a vibrating necklace that doesn’t actually suck as a vibrator. But unfortunately Crave as a company is like dealing with a hangry toddler – they try to enforce price and sale restrictions on some retailers but not all. Retailers have to sign ridiculous agreements before they’re “allowed” to sell Crave products which includes going so far as to waive free shipping for Crave products – which can be impossible if the customer orders other items. So a number of stores I work with are deciding not to carry Crave products. As of Feb 2018 SheVibe is selling off the Crave stock they have on hand and then won’t be carrying it anymore. If you still want the Vesper you can find it at Early to Bed and, weirdly, Amazon – sold by Crave. You know I would normally never recommend this but it’s not sent from Amazon, it’s sent from Crave. Does this mean your packaging would be less discreet than if you bought from Early to Bed? Possibly. I’ll never know. Early to Bed only stocks the lowest-priced Silver version so if you want Rose or Gold you’ll have to go to Amazon I guess.

My favorite vibrator, the We-Vibe Tango, is extremely powerful. The vibrations are rumbly and gorgeous. The low setting is also still pretty damn powerful, and I don’t tend to recommend the Tango for people who can quite easily orgasm clitorally from fingers, because it may be too powerful. To give you some comparisons, I’ve pulled out a number of bullet vibes from my collection. Lelo Mia 2 can actually get me off half of the time, on high, because the vibrations are fairly rumbly. But Mia 2 on high is equal to Tango on low. The Vesper is about equal to the Mia 2 on medium-high like…level 8 of 10? Mia 2 has a lot of power increments, but Mia 2 is a bit more rumbly than the Vesper – just a hair. Vesper is slightly more powerful than the Tantus 1-speed bullet. But of course, the Vesper is much more pinpoint than any of these. And therein lies the magic. And by magic I mean “wtf is happening, I shouldn’t be able to come from this”. 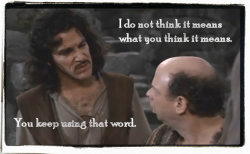 Yeah. Me, the one with the clit-o-steel who has been unable to orgasm with the Form 4, Revel Body, We-vibe 4, Leaf Spirit, and most rabbit styles. Me who prefers the Tango to the Magic Wand. Well, now I know why. My clitoris, which is a righty btw, responds just fine to some pressure and localized vibrations to the magic spot there on the right side. Many vibrators can’t get to that exact location because they’re too big or the vibrations don’t travel well enough to reach that spot. My clitoris isn’t on Main Street, it’s in a gazebo on the town green surrounded by land with only one sidewalk leading to it and it can’t hear you from the road unless you’re loud . You’ve got to be able to walk right up to it or have the power to yell from the road. The Vesper can walk right up to it. The Tango stepped onto the sidewalk but it has a bullhorn, so it doesn’t need to be up close. The Rosa Rouge is fine from the road. (i think we’re done with this weird metaphor, yeah? too much?)

I’m about as shocked as you are, trust me.

This isn’t to say, though, that it’s a powerful orgasm. It’s not. Not all orgasms are satisfying. At least the orgasms from the Vesper are not painful. And the orgasms aren’t consistent, like with the Tango. I think one factor is something I discovered before – my clitoris responds well to the right amount of added warmth. It draws in more bloodflow and makes everybody happy. Vesper, as you’ll see from the stupid sticker right on the vibrator, is meant to gently warm-up during use. I think it’s likely less intentional and more natural by-product of such a slender housing combined with the heat-retention of stainless steel. But whatevs. It’s a nice bonus.

Vesper resembles a sniper bullet. Or a sleek, modern-art version of a nail (pull one over on your Christian family, perhaps?). Or a sleek, modern-art version of Joan’s necklace from Madmen (which is supposed to be a pencil? pen?). You can get away with claiming it to be any of these things, really. Plenty of people are making a knock-off of this necklace that Joan wears on Madmen, and quite a few really resemble the Crave Vesper. But there’s one thing that Joan knew, that Crave doesn’t: A 26″ chain isn’t long enough to make wearing a 3.8″ long slender pendant feasible if you have a rack like I do. Either the pendant rests on top of my shirt and sticks out at odd angles, or it falls between my boobs and gets trapped in the vice grip of my cleavage. God forbid this should happen when my head is bent forward, otherwise it’s like wearing a damn noose and I can’t lift my head up until I free the Vesper from it’s boobie-jail. I could just buy myself a 30″ chain but why should I have to pay this boob tax? I wish Vesper gave the option of a longer chain with purchase. We can’t all be thin with wide-set B-cup boobs that gracefully hover around the Vesper, making it all look effortless and sexy.

So I’m at a loss though on what to do with it.  I wanted to put it on my keychain but the stupid power button prevented that. You would think that having an outtie power button, smart design would say that you either have travel-lock or require the button to be depressed for a second or two before it turns on. That’s not the case at all so it gets turned on easily if I have it on my keyring. Stupid. More stupid is that you do have to press and hold a second to turn it off. When it turns back on, it’s at the setting you left it. Except that the act of pressing to hold actually changes it to the next setting up. So if I was using it on high (duh) when I turn it off and then back it, it’s on the pulse setting, not high. Every damn time I turn on the Vesper I have to cycle through the settings to get back to the one I really wanted to be on: High.

I tried to be trendy (forgetting that I’m actually NOT) and attempted to layer the Vesper with other pendants for a “fun” trendy look. It’s a thing now, right? I don’t know. My husband didn’t like the look of the layering OR the Vesper. My 74 year old co-worker who thinks tattoos and piercings are gross (who is also racist and classist and everything elseist) gave me this “what the hell are you wearing” look and then actually said “what the hell is around your neck?? FLASHLIGHTS???” Yeah, Norma. Flashlights. It’s what the kids are doing these days. *sigh*

It IS easy to clean, but it’s only splashproof. Another annoying feature is that you’re not supposed to let the battery get drained and then not recharge it for awhile. This apparently will permanently kill the battery. I’m not the best with remember to recharge vibrators I don’t use consistently. I don’t see myself constantly keeping the Vesper fully charged, especially since charging requires a specialty cable which I will inevitably lose.  I was able to get about approximately 45 minutes actual use time but this included a lot of turning off and on, before it died on me.  And in case you didn’t see the specs at Shevibe, it’s 3.8″ long, as thin as your average pencil and weighs 20 grams. The chain is said to be stainless steel as well (both nickle-free) but I don’t see the chain lasting unless you’re very gentle on your jewelry. The lobster clasp is dubious.

OH! Weird bonus usage: I’m not sure about you iPhone peeps but the Vesper works as a stylus on my HTC Android phone.

Bottom line: I don’t hate it. It’s interesting. I don’t think it’s right for most power queens, though. As a necklace, it’s very modern and I don’t feel it would be obvious. If you’re well-endowed like me, you might want to put it on your own, longer necklace chain. I think that the price isn’t too bad for the silver (stainless steel – $69) or the rose gold tipped ($79), but the $149 for the 24K gold plated is a bit too luxurious for the vibration intensity (or lack thereof) it puts out. You would have to be certain it is powerful enough for you and that you like the looks of it as a necklace. This isn’t something I can see wearing all the time or even often, but I might learn to like it more.

Much thanks to my lovely Shevibe for sending me one to review!

Most answers can be found at the Toybox page (all my reviews), my Policies page, my Materials Guide or my Blacklist.

Want to help keep my site alive while shopping for yourself? Help me by buying your sex toy through any of my review links or from here. Note: These are not advertisers; these are the few companies I affiliate with and trust to send you to. They don't pay to be here, they're here because I've vetted them.

Regardless of where you buy your sex toys from, please don't buy from Amazon, or Ebay. To read more about the problems with that, click here.

Please clear out your cookies for the sites before you click on my links to purchase; that ensures that I get the affiliate credit for your purchase. Thank you!

Keep up with my site 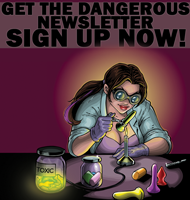